Isabelle Hugues, Full-Stack Developer: “I rediscover my Swiss values in the IT world” 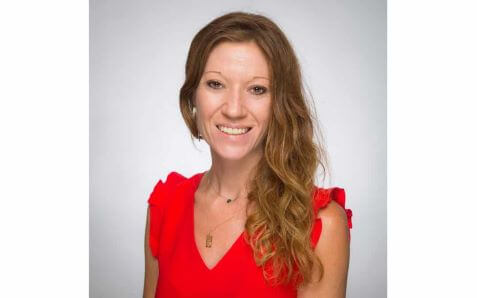 While the fifth edition of the Gender Scan survey paints a bleak picture of the place of women in technology in France and Europe, Isabelle Hugues, Developer at IT-Development (ITD), tells us how she builds parallels between this technological world and her Swiss roots. Common values that she appreciates to find again.

First of all, could you tell us about your background?

Like my whole family, I am of Swiss origin and more particularly from the town of Broc in the Canton of Fribourg. Therefore, I speak fluent French, Swiss-German, Spanish, Portuguese and English. I worked in Geneva for more than 13 years as a saleswoman in the paint department of a famous DIY store. Then, at the age of 35, I decided to embark on a professional transition.

Why did you choose to be a developer?

It was a real crush. While trying to find my way, I discovered the digital sector. I found a passion for this field. I wanted a job that was constantly evolving. A place that allows me to be an actor and master of future technologies. A profession that recruits and pushes my limits. This choice was carefully considered and I don’t regret it! Unfortunately, Swiss schools are still too expensive. So, I decided to move to France. In 2018, I started new studies at IT-Akademy, a French school renowned for its work-study training for IT professionals.

After a year of training in the Pays de Gex (French region), I decided to continue my studies on Lyon’s campus. Because above all, I wanted a company that would force me to question myself and develop my skills. I asked ITD exactly this. It met my expectations and much more! Its international dimension, its advanced technologies (JAVA, DevOps, etc.), the ultra-friendly and community-oriented atmosphere, … everything was there to please me. And, on top of that, its location on the periphery of Lyon offers me a magnificent view of Mont Blanc and beautiful green spaces. Everything to remind me of my native Switzerland and to feel at home.

What is your role at ITD?

Since September 2019, I have been one of the company’s female developers. My role is to create software, on the front and back-office side. I realize, test, deploy and maintain executable processes in a BPM engine, or even EIP-based integrations. I work in an extremely technical and predominantly male world. But it doesn’t scare me, because I love it!

What is your experience as a woman in technology?

I know that there are many stereotypes in digital professions. Nevertheless, I have never felt uncomfortable in this position. Quite the contrary! I have always been welcomed with open arms. Unlike my past experiences, I have never been put in difficulty as a woman in a man’s world. At no time, I face discrimination.

What Swiss values do you share with the IT world?

As a Swiss expatriate in France, I missed some cultural values. But, unexpectedly, I found them again when I joined the IT world. Whether it is self-help, sharing, open-mindedness, respect, empathy… they are deeply shared by the community. And, to my great pleasure, they have strengthened my career choice.

If you also want to join the ITD adventure, find all our job offers in the Careers section of our website!

Back to the blog